Services were held Monday at Terrace Cemetery in Post with Delton Osborn officiating. Arrangements were under the direction of Hudman Funeral Home of Post.

She was born on Aug. 24, 1952, in Odessa to J.R. and Patricia Jones. She was raised in Snyder and graduated from Snyder High School. She married Donnie Blacklock in June of 1969. She was a wonderful daughter, sister, wife, mother and grandmother. She loved cooking, sewing and taking care of her family.

She was preceded in death by her husband; her parents; her sister, Debra Malone; and her father-in law, Billy Blacklock.

A rosary will be recited at 6 p.m. Thursday at Miller Family Funeral Home Chapel. Graveside services will be held at 2 p.m. Friday at Snyder Cemetery with Father Jeremy Trull officiating.

Pedro was born on Feb. 23, 1944, in Ixtlahuacan, Colima, Mexico, to Casiano Vera González and Anastasia Flores Estrada. As a young man in Mexico, Pedro was a mechanic for Chevrolet. Moving into his adulthood, he met the love of his life and married Miss Maria Guerrero on April 29, 1972, in Colima, Colima.

Shortly after their marriage, Pedro and Maria moved to Snyder to start a new life. He worked various positions in the oilfield, mainly on a workover rig for 30-plus years since the age of 28. Pedro leaves a legacy of hard work and grit. He also leaves an incredible legacy of faith in God and a life-long love and commitment to his precious bride of 48 years, Maria.

Pedro was a lifelong active member of Our Lady of Guadalupe Church. Faithful servant of God, husband, father, grandfather and loving friend to all. A devout Roman Catholic, he was a fourth-degree Knight serving the Knights of Columbus for many years, where he provided leadership in social concerns and performed numerous works of charity. Pedro was a Cursillista who loved to give “Rollos” — talks that help people get closer to God and their faith. At Our Lady of Guadalupe Catholic Church, he served as a Eucharistic Minister and a lector. During his ministry, he reached out and touched the hearts of many people within the Diocese of Lubbock.

Pedro is preceded in death by his parents; his brother, Luciano González; and his wife.

Per his request, he will be buried with his Momma’s handmade quilt and only his close loved ones in attendance.

Hershel was born May 30, 1927, in Mankins to Leo Hinshaw and Helma (Shubert) Hinshaw. He grew up in Sweetwater.

He entered the U.S. Navy and was stationed on the USS New Jersey. When he returned from service he completed high school in Sweetwater and attended the School of Mortuary Science in Houston. He married Patsy Allen on Nov. 27, 1948.

Hershel left the funeral business to open Hinshaw’s House of Flowers on College Avenue in Snyder. In 1989, they sold their business and moved to Kerrville where he worked again in the funeral business. They chose to retire in Abilene near family and friends, enjoying poker games and the Dallas Cowboys. He has spent the last eight years with added love from his Goodlife family in Snyder.

He was preceded in death by his wife; his siblings, Ruby Hinshaw Guess, Morris Hinshaw and Robert Hinshaw; and his granddaughter, Kelsi Messick. 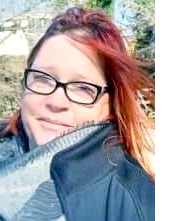 A memorial service will be held at 1 p.m. Saturday at Northside Baptist Church, conducted by the Rev. David Phillips. Arrangements are under the direction of Miller Family Funeral Home.

Becky was an extremely proud and loving Grandmother (Oma) She also leaves behind a great family of pilot car operators and truck driver friends who held her in highest esteem for her willingness to help, advise and counsel anyone who sought her out.  She was extremely proud to be the owner of her own successful pilot car business.

Becky spent many of her formative years overseas: three years in Japan and nine years in Germany, where she met and married the love of her life, Todd, and her son Curtis was born.  She graduated from Eifel Christian Academy in Herforst, Germany.  When Todd and Becky returned to the United States, they resided a short time in Jacksonville, Fla. until they moved back to God’s country in Dunn, where they stayed.